Supporting Hey Girls on their mission to end period poverty When Celia Hodson contacted Media Trust for expert communications advice in October 2017, she had just three months to go until the official launch of her social enterprise, Hey Girls, which aims to tackle period poverty in the UK.

By January 2018, Hey Girls had launched with the help of two social media experts they found through the Media Trust Volunteer Platform. This was followed by further communications advice and support from a team of experts at Edelman, the global communications firm and a Media Trust corporate partner a few months later.

We spoke to Celia just one year on to find out how the Media Trust volunteer support she received has helped put Hey Girls well and truly on the map.

The idea for the social enterprise was born at Celia’s kitchen table during a discussion on ending period poverty with her daughters, Becky and Kate. The business model is simple: Buy one box of Hey Girls sanitary pads and they will donate a box to a UK girl in need.

By October 2017, Celia and her daughters had a brand, a website and a warehouse filled with thousands of sanitary pads. But with Celia’s daughters both working full-time, Hey Girls’ resources were stretched and risked limiting their ambition

“I knew that the whole world revolved around the media and social media,” said Celia. So, Celia signed up to Media Trust’s Volunteer Platform through which she connected with two social media experts, Patricia Morris and Rachel Gardner. Celia said: “They were amazing. If it wasn’t for them, we would have launched without any social media. They created such beautiful, engaging content.”

As a result of signing up to the volunteer platform, Hey Girls was also one of 13 not-for-profits selected by Media Trust partner, Edelman to receive free communications support from a team of their experts at the #EdelmanChallengeDay in May 2018.

Hey Girls products were about to launch in two supermarkets: “We had done no real thinking around what that meant for us from a digital marketing point of view,” said Celia.

With big things on the horizon, the team at Edelman worked to put a digital communications plan in place for the social enterprise.

Little did they know at the time but one of the ideas the team of Edelman volunteers came up with on the day, #PadsForDads, was about to take Hey Girls to a whole new level.

After the Edelman Challenge Day, Celia stayed in touch with Fiona McHugh, a Senior Director at the firm who helped Celia turn #PadsForDads from just an idea into a UK-wide campaign to encourage fathers to speak openly with their daughters about periods, complete with a campaign film starring Michael Sheen (a friend of a friend of Celia’s.)

“Fiona was so amazing,” said Celia. “She helped to write Michael’s script, she helped come up with the campaign tag line, she put a professional team together who managed the press launch. We didn’t have to do anything. She made all of that happen.

She also brought in people from Edelman Intelligence, their in-house insight team, to create a survey on men’s understanding of menstruation which attracted over 2,500 responses. They then produced a beautiful report which probably cost thousands of pounds but didn’t cost us a penny. This meant we had real data that was just so valuable.”

Through Edelman’s press launch, the campaign ended up going global. As well as UK coverage in The Independent, Glamour and the Huffington Post, the campaign was picked up as far away as Canada and India.

Edelman has made us think bold, like a big brand.

Social Entrepreneur of the Year

In November 2018, Celia was named Social Entrepreneur of the Year in Scotland which resulted in the #PadsForDads video running as an advertisement three times a day on Scottish television for two weeks. “We got slots on Coronation Street, and during the Rugby Five Nations as well. But we wouldn’t have gotten any of this if the film hadn’t been so brilliant,” said Celia.

Reflecting on the campaign’s success, Celia said: “We never set up to sell products. It was about raising awareness, but we just happened to sell a load of sanitary products off the back of the ad. It started a really big conversation and the extent of the messages we received from dads across the UK was incredible.”

Out of this world

“Without Edelman, none of this would have happened. And without Media Trust, we never would have found Edelman.” Celia continued: “Our partnership with Edelman is out of this world and their support putting together a really high-quality campaign has been phenomenal,”

Over the past year, Hey Girls have donated 2.3 million products to girls in need across the UK and Celia is certain the #PadsforDads campaign has played a huge role in their success.

“Edelman has made us think bold, like a big brand. For a tiny little social enterprise in Scotland, to dear to think we could run a national campaign on TV with a Hollywood superstar… We never ever would have made it had we not had support from Media Trust and Edelman. They really raised our aspirations and made us very proud of what we do.” 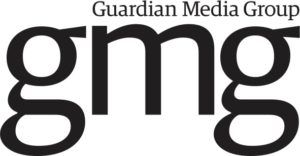 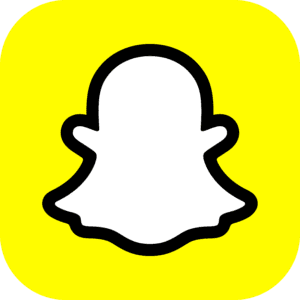