Vlogstar North West is a partnership between Media Trust, FASTN and MYA based on the Vlogstar Challenge to train young people based in the North West in vlog making about healthy, dependable relationships. Vlogstar North West is a partnership between Media Trust, FASTN and MYA based on the Vlogstar Challenge to train young people based in the North West in vlog making about healthy, dependable relationships.

Young people gain confidence, build up resilience, and learn the skills to thrive throughout life.

Vlogstar Challenge is a training programme and competition to give 16-25-year olds the relevant technical and creative skills they need to create their own vlogs, develop their voice and share their passions with new audiences. The programme has been running for six years in London and Essex and is run by Media Trust and the Jack Petchey Foundation, in partnership with YouTube and the Evening Standard.

Last year, FASTN and Media Trust collaborated with youth organisations in Hull to create Vlogstar Hull. The programme was a huge success, with young people creating vlogs about relationships with friends, youth workers, pets and family. Since then, young people have gone on to write blog posts and create podcasts on this topic. You can read two examples of what the young people have been up to in our case studies.

During the Vlogstar project, I learnt how to use camera angles and positions and also gained confidence behind the camera, new skills which I use in running the FRCA new Youtube channel. The Project has also given me an understanding of the meaning of Healthy Dependable Relationships and the part they play in our lives, and I’ve used these new skills and knowledge to help others.

My message to people would be - if you are given opportunities to take part in projects which may seem a little out of your comfort zone, try and pluck up the courage to give it a go, take the opportunity to meet new people and take the help and guidance from others. They could have a big impact on your lives, like they have for me.

After the success of Vlogstar Hull, Media Trust and FASTN have partnered with MYA and a new set of organisations  to bring the programme to the North West. Training includes online masterclasses in video making and public speaking. The programme will culminate in an online showcase event and the vlogs will be shared at the Merseyside Youth Association NOW Festival.

FASTN research shows that 79% of 16-25-year-olds believe that being in lasting and fulfilling relationships is at least as important as their work ambitions.  Through this programme, we will support young people to reflect on what a healthy, dependable relationship looks like to them, what their relationship ambitions are, and the importance of relationships to good mental health.

According to a First Choice study, 75% of young people are set on becoming a YouTuber. At Media Trust, hundreds of young people we train through Vlogstar Challenge tell us their dream is to become a YouTuber, and we’re keen to ensure that young people approach vlogging in a safe and positive way. Since the Covid-19 pandemic started, it has become more important than ever to stay connected, foster positive relationships and support our mental health.

If you’re a 16-25-year-old based in the North West of England with an interest in vlogging, relationships and mental health, we’d love for you to join us. Please email [email protected].

For a month I joined online sessions with other charities and young people to be coached on creating vlogs and presenting ourselves. These weren’t just any vlogs, but these were based on the meaning of a healthy and dependable relationship and what it means to me. Vlogstar had not only taught me how to communicate digitally through a recording, but it also laid the foundations for me to implement vlogging into current projects.

During August 2020, Media Trust partnered with FASTN and a group of youth organisations in Hull to train 20 young people in vlogging skills. The programme included four online masterclasses.

The 20 young people came from Cornerhouse, Freedom Road Creative Arts, Hull City Council Voice & Influence and Eskimo Soup from Hull. We were also joined by young people from further afield including Rochdale Youth Cabinet and Straight Talking based in London.

In early September, the young people showcased their final vlogs in front of an audience of youth workers, local councillors, youth Members of Parliament, BBC journalists and presenters, and more.

The young people focused on the healthy, dependable relationships which kept them mentally and physically well during 2020. They spoke from the heart, opened themselves up emotionally and touched everyone in the audience with their stories.

We’ve been overwhelmed by the engagement and commitment of all the participants, each of them has really taken on the learning, producing great vlogs that tell powerful stories around positive relationships.

Hopefully, this is the start of a vlogging and relationships revolution for young people in Hull and the surrounding regions.

Learn more about the Vlogstar Challenge 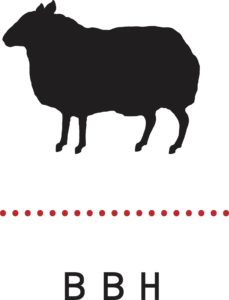